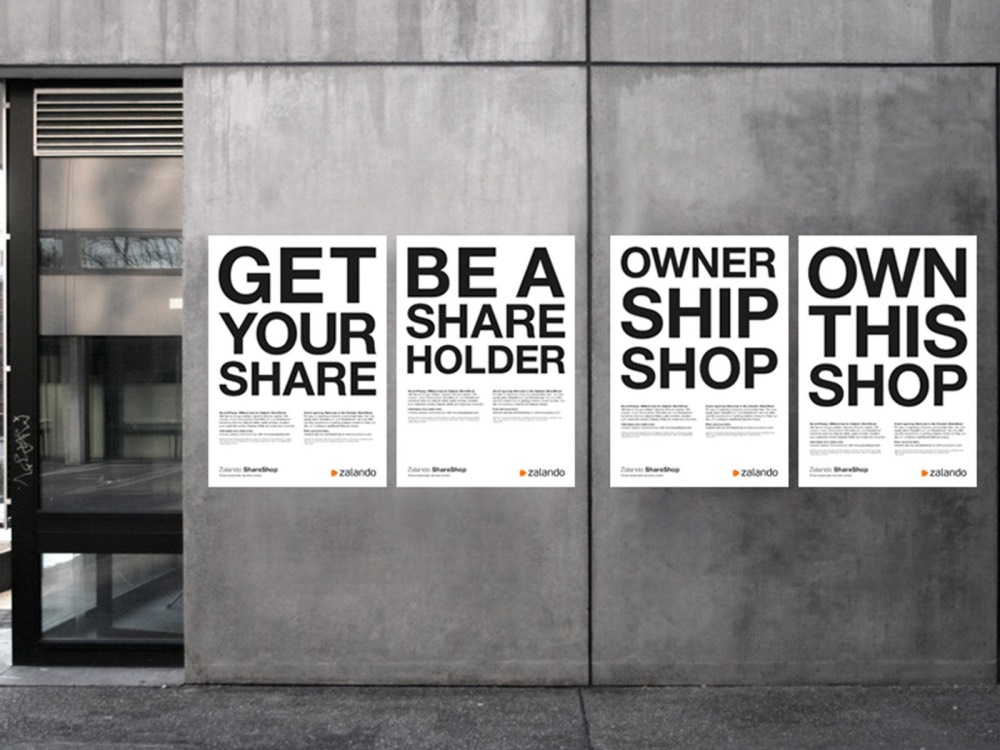 Unequity was given the task of creating a flexible and modern foundation for the communications campaign regarding the programmes. This resulted in the “Zalando ShareShop”, a virtual location on the Zalando Intranet that was to be a future central go-to point for all questions about the shares programme.

When introducing the new equity programme, Unequity acted as a flexible partner for Zalando’s project management team. To accompany the opening of the ShareShop and the introduction of the programme, a striking communications campaign was developed that used all possible channels: from e-mails and a roadshow to the Zalando Intranet.

The introduction of the new programme was a fantastic success. Despite the short communication period, employees showed great interest and participated in numbers.