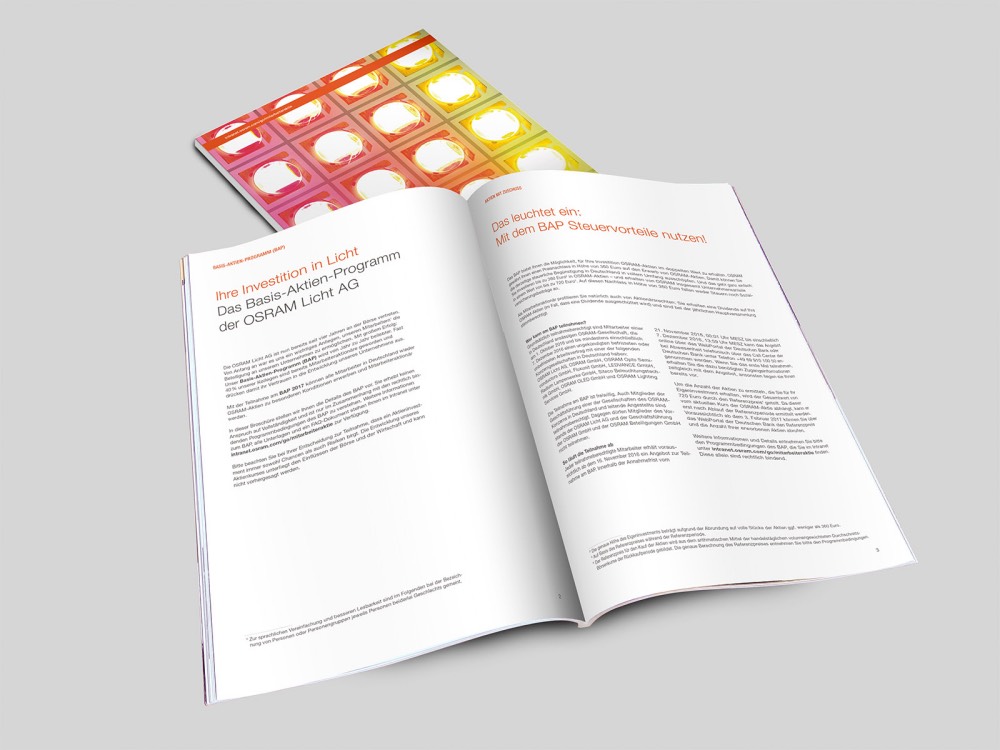 Spot on... The Basic Shares Programme at OSRAM Licht AG

Since 2014, employees at OSRAM Licht AG in Germany have been offered special conditions for participating in the Basic Shares Programme (BAP), thereby becoming shareholders in their own company.

Unequity had already successfully run a communications campaign for the company’s initial public offering shares programme and was then given the job of developing a communications strategy and a creative concept for introducing the BAP.

The programme was incredibly well received right from the start – and continued to grow. Participation numbers went from very good (32%) in the first year to over 40% in 2016. Nearly 85% of all employees have now opened an account and a deposit account for participating.

Given that success, the communications effort has been further developed on a continuous basis. All of the measures have been re-examined and updated based on newly gained information.