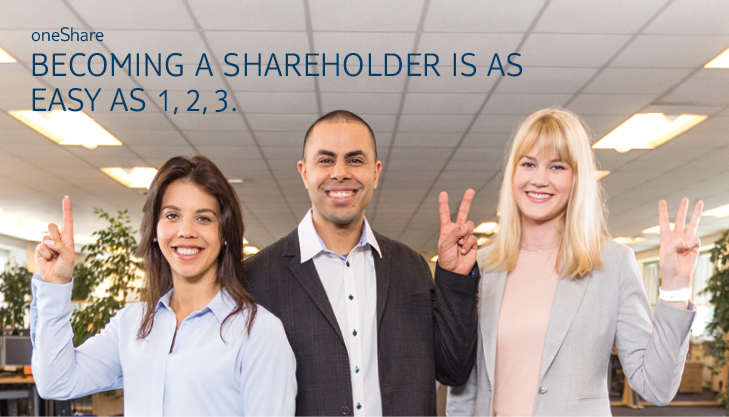 Becoming a shareholder is easy – that is the core message of TUI AG’s shares programme communications campaign. In 2017, TUI Group – the world’s leading tourism company – launched the “oneShare” shares programme. For the first time, all employees were given the opportunity of receiving special conditions if they wished to get involved this harmonised programme.

Two tranches were offered in 2017 for the “oneShare” employee shares programme, which was rolled out in 24 countries. The ambitious time schedule before and between the two tranches in 2017 was a massive challenge for everyone involved in the project. After the success of the 2017 launch, a further oneShare offer was made the following year – this time in 25 countries and with even more attractive programme advantages.

Unequity was given the contract to develop a strategic and creative communications concept for the introduction of oneShare as well as for the accompanying implementation of the programme. In 2018 Unequity also received the job of providing multimedia accompaniment for the oneShare 2018 campaign.

One look at the participation numbers and sign-up times clearly show the success of the overall effort. TUI Group received fantastic feedback on the campaign and already has a great number of employees who are now Group shareholders.